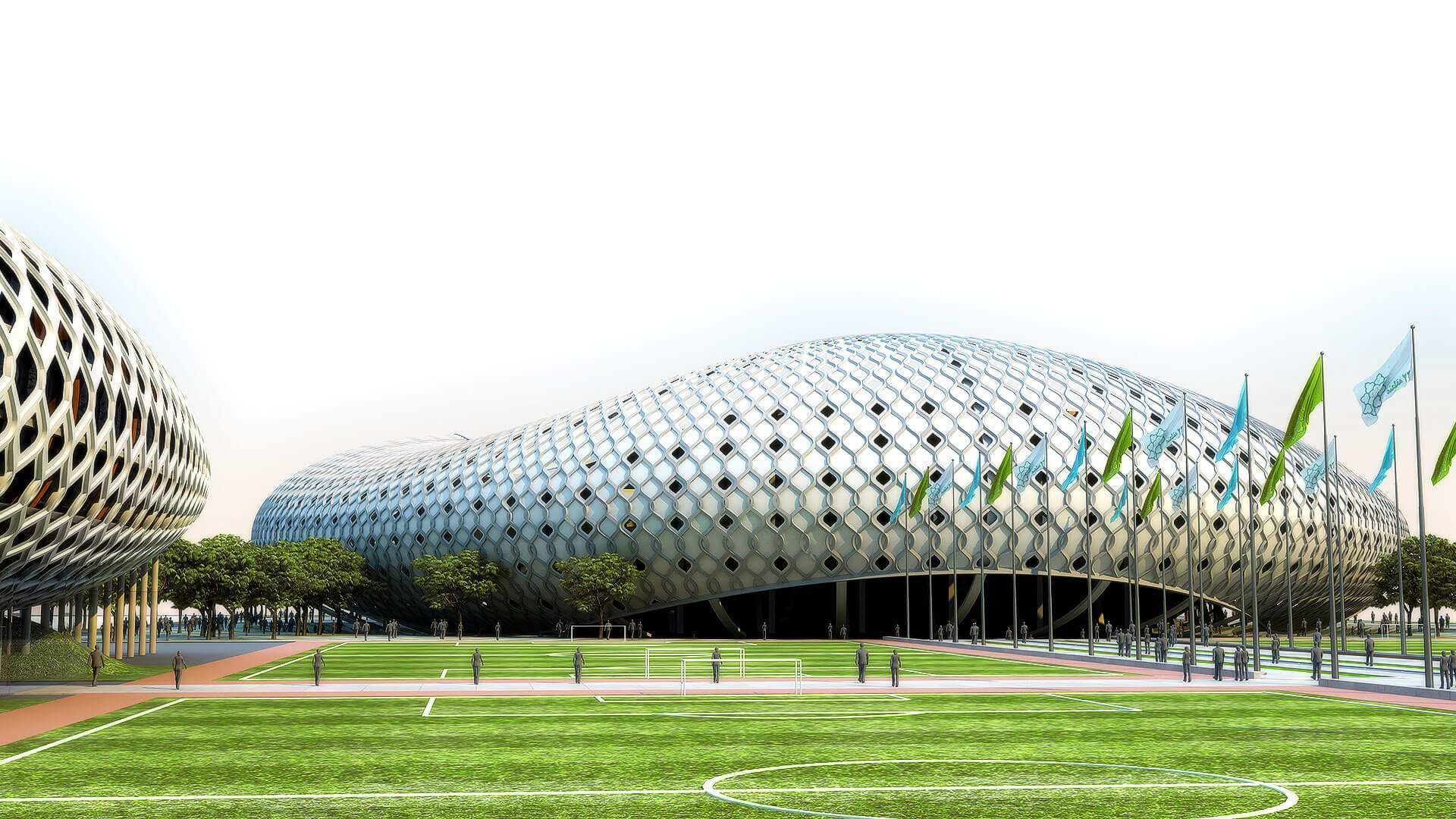 The initial proposal to design this complex was given to us from similarity M. Jabbari great Iranian footballist. The main issues that are considered to design the site are preparing easy car and pedestrian access and in addition locating playgrounds in the heart of the complex and use buildings as active, dynamic walls around the site. The functions are divides into 3 separated main masses.Main building is the 40000 spectator stadium in east edge and between two main Tehran highways.

To prevent monotony, inside the stadium follows rectangular form of the playground but it fades to a circular form to the outside perimeter. This concept leads to a dynamic and wavier form harmonized with the local nature of Alborz Mountains. The shell of the stadium reminds hard-shell reptiles’ skin, living in this nature. Spectator’s platforms are located in two levels, most of them along the larger edge of the stadium. The hotel is located at the north side with spindle form covered with a pattern similar to the stadium membrane. The hotel building is suspended above the ground in order to not obstructing the view to the mountains in addition it passes the wind which is necessary to the playgrounds. The commercial zone is working with the outside and it is expected that these shops could financially support the complex. The form is a bit different from the main building but relative to the stadium architecture with similar type of wrapping around it. 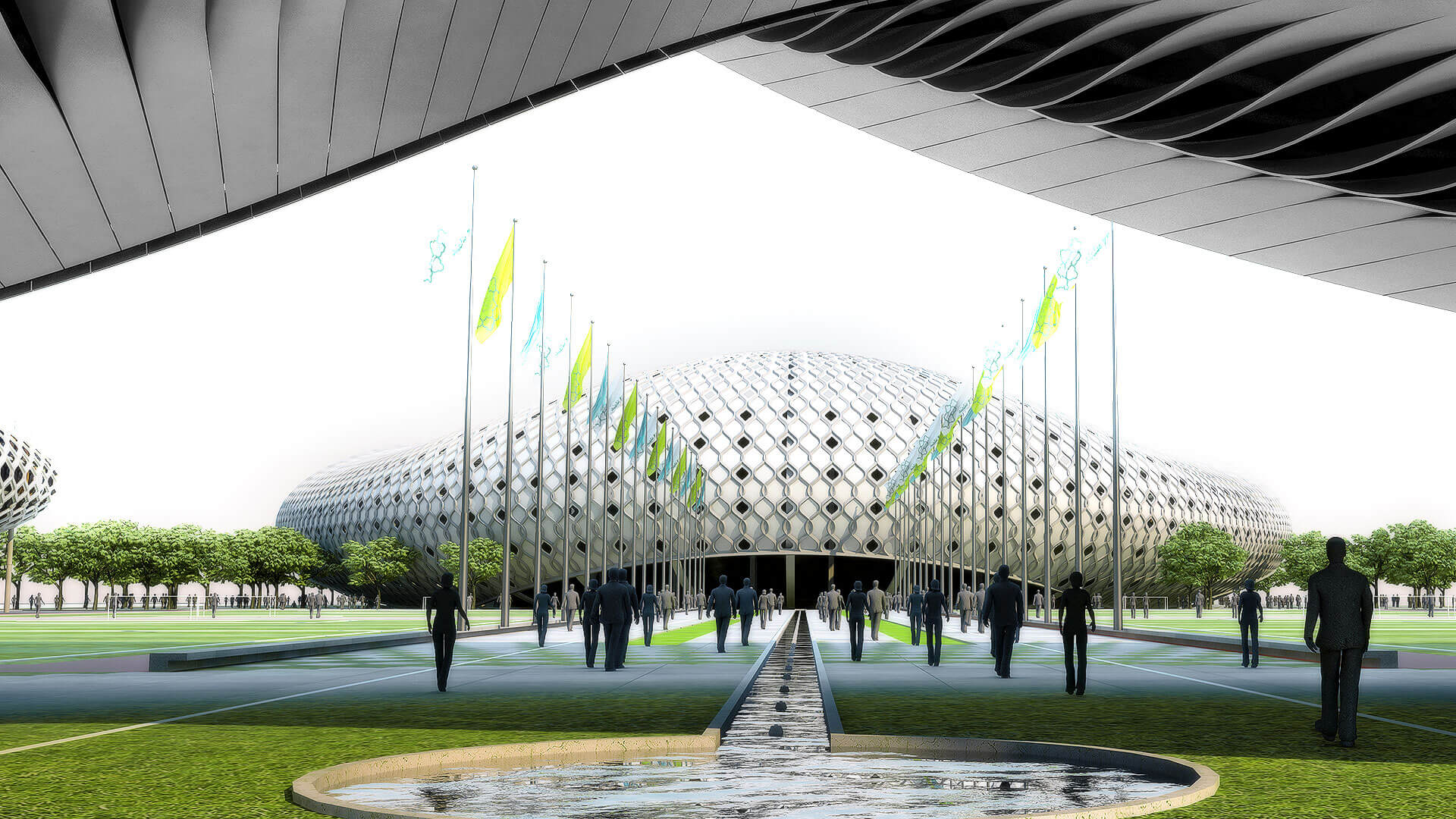 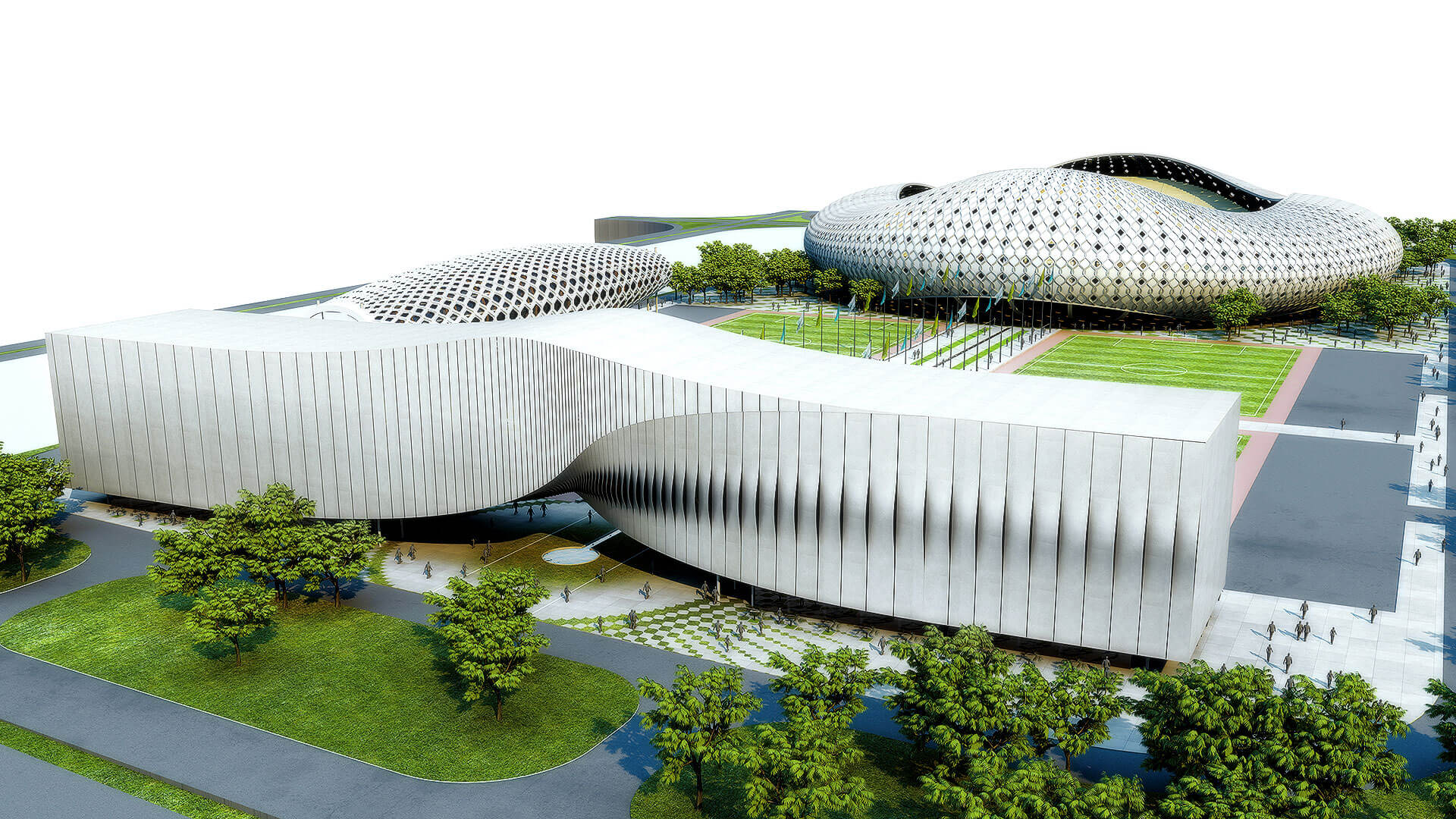